﻿LISTEN TO THIS EPISODE:

Hello! This episode is for parents of military members. If that’s not you, I think you still might find some helpful resources, and at the least you can pass it on to your OWN parents and in-laws.

My husband had served on active duty for over 25 years when our oldest son Matthew announced that he’d decided to join the military, too. It came as a bit of a shock to his father and me, as Matt had always discussed other career plans before that time.

I’ve written in a previous article, A Letter to My Active Duty Son, about the conflicting feelings that assailed me when he left for basic training and how different it was to watch my own child take on a life of service as opposed to my husband, whom I’d always known as a military member.

“It is different with you, of course, and I feel fiercely protective… I was not prepared for the wave of emotion that threatened to choke me the day you boarded the plane to leave for basic training. I’ve always had the mindset of the all-volunteer force, you know: ‘If no one volunteers, where will our country be?’ But I will admit that there are times when dark thoughts hit me in the quiet hours of the night. The military has my husband–does it need my child, too? With all the policy changes lately, is this a good decision for you and your wife? What about my future grandchildren? Will the military be good to you all? Is it worthy of you?”

If you have no background as a military family, you may not be sure about this choice your child has made or maybe you’re just looking for some resources. I think we all feel this way, though, about our child going into the military:

But the dust settles, your child graduates from basic military training, receives their first set of orders, perhaps even goes on his or her first deployment. And if you’re a long-time military spouse like me, you think, Yeah, I’ve got this. I know how this whole military thing works.

And it’s true. You DO know. But one thing I realized was that there was so much I didn’t understand as the parent of a military member. It’s different when it’s your child. It’s been over five years now since our son became an active duty Airman, and we’ve watched with pride as he’s made it through basic and technical training, been promoted, made several moves with his little family, and deployed to the Middle East. Boy, is it different. So whether you’re a military-spouse-turned-parent-of-military-member like me or you’re just looking for information to help you in this new world of being a military parent, I’m sharing some things I’ve learned over the past few years.

Remember, military mom and dad, you’ve got this. You’re not alone.

﻿Next, stay tuned as I share the brand new single release “God And Country” from country music recording artist and former U.S. Army intelligence Sergeant, Jenny Leigh Miller, which will be available on all digital retail and streaming outlets on Friday, November 6, 2020. Reflecting on her decision to join the military at the age of 18, the emotional track chronicles Miller’s early life chapters and her calling to serve God and her country.

Jenny joins me to discuss the story behind the song, some of her thoughts about military service, along with her parent’s reaction to her decision to go into the military right after her high school graduation.

RESOURCES MENTIONED IN THIS EPISODE

Resources for parents of military members:

Articles and Books for Parents of Military Members

Note: this post contains some Amazon affiliate links. It does not cost you more, but simply gives me a small commission if you purchase using that link, which helps support this site! 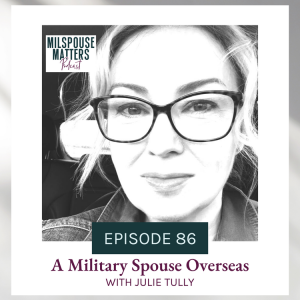 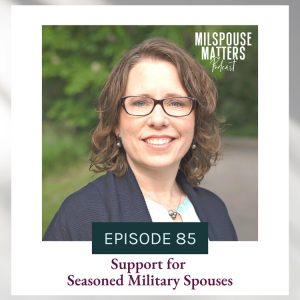 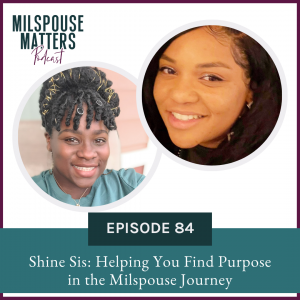