The Good, the Bad, the Same: Viewpoint from a Veteran Military Spouse 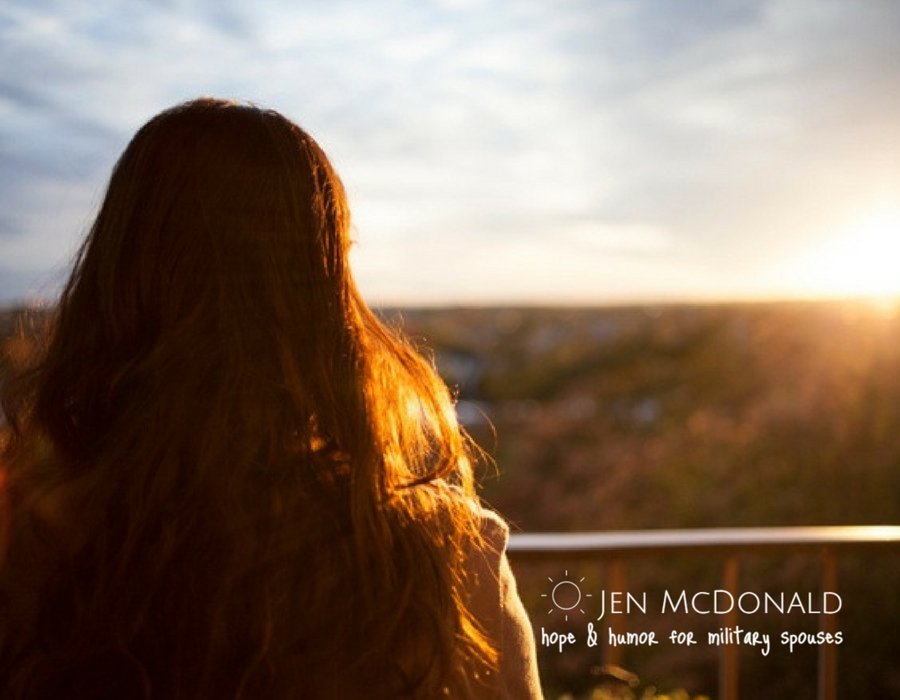 One of the greatest things about being a military spouse writer is the people I’ve come to know, whether in real life or only online. Christina is one of those people, and she is a gem!

After she reviewed my book, we stayed in touch and I asked her to write a guest post for my blog when I found out she’s not only a military spouse, but also a Veteran herself. I’ve had several milspouse friends who were also either active duty or veterans, and I think their perspective is absolutely invaluable. I think you’ll enjoy her take on military life, and even learn something.

Thank you Christina, for sharing your heart with us!

The Good, the Bad, the Same: Viewpoint from a Veteran Military Spouse

Being a military spouse is hard. We face daily challenges that “civilian” spouses couldn’t imagine facing. Things like, “You received orders overseas and they will be at your house to pick up your household goods next week.” There is even the fact that you live places all over the world, most of the time thousands of miles away from family. You learn to become the most independent person you can be because there is no other way. Regardless of your background, it’s the hardest job you will face, yet the most rewarding.

Military spouses are not cookie cutter. Some are just leaving home for the first time. Some are from big cities and others are from small towns. Some are doctors and lawyers while others are stay-at-home moms. There are a wide variety of us and I honestly feel like that is what makes this gig work.

I personally am an Army Veteran. I served 8 years in the military and six days after I got out, I started dating the man who is now my husband. I had no plans of marrying a military man. I knew exactly what the military was about and while I greatly enjoyed my time in the military, I was ready for a “normal” life. I knew my husband long before he joined the military. He was in high school when we first met, and while we had a crush on each other, we never dated. After losing touch with him for over a decade, I looked him up on Facebook and sent him a friendly message just to say hello. That was the beginning of what would later become the best love story ever (in my opinion).

Many times in the last six years of marriage my husband has told me he is really grateful that I am a Veteran. For him, it makes it easier but it’s not always easy for me. There are some good and some bad aspects and then there are some ways that I am exactly like every other military spouse. It’s hard for others to understand my point of view sometimes, but I feel like I need to shed some light on what it’s like being a Veteran and being a military spouse.

Being a Veteran means that I can easily pick up the military lingo without having to ask my husband to explain every few sentences. He feels comfortable using acronyms with me because I have likely used them myself. There are some slight differences since he is Air Force and I was Army, but I also worked on the Air Force base when we first got married so now I pretty much know them all.

The military, regardless of branch, has customs and courtesies that should be followed. It’s a requirement for the military member and strongly encouraged for spouses or significant others. I had these things drilled into my head at the ripe age of 18 years old when I was in basic training, so it’s a habit for me just like any service member.

Now, if you aren’t a Veteran, you might be wondering what the heck are customs and courtesies. Something as simple as addressing a military member, such as Sir or Sergeant is a part of it. Also, understanding what to do when Reveille and Retreat play. Rendering the appropriate action during these times is important.

Then, of course, there is understanding when the service members will stand if a person of a particular rank walks into their office. It’s understood that most spouses are not taught these actions but in my opinion, it’s important because it shows respect. While it’s easier for me as a Veteran to know these things, you as a spouse can simply ask your military member or even type in a quick Google search and find some great information at the click of a button. Sometimes as a spouse we think something our military member does is funny or stupid, but understanding the reasoning behind it can bring a new perspective and respect for your spouse.

I believe that one of the absolute best parts about being a Veteran and a military spouse is that I already know the rules. I even have an advantage because I served as a paralegal while I was in the military. That means I could probably tell you specific articles of the Uniform Code of Military Justice (UCMJ) that are being violated. The UCMJ is the same across each branch and covers a wide range of rules that, if violated, your service member could lose rank, lose pay or even have to do extra duty. There are also other actions outside of the UCMJ that can cause your service member to be in trouble, and those are specific to the branch. My point is, as a Veteran and as a former Army Paralegal, I know the rules and I make sure not only my husband but also my actions are within the rules.

When you are the one that’s TDY or deployed, you’re focused on your job. While there are some issues to deal with at home, the majority of your time is spent working and focused on the mission at hand. Being the one left home is hard, because we have a lot more down time to think, to worry, and be lonely. I spent 15 months deployed and it flew by for me. When my husband went to NCO Academy for six weeks, it was the longest six weeks of my life. I was home taking care of the kids, taking care of the house, doing everything I normally do plus what he would normally take care of, and it was exhausting and lonely. While I know that my husband missed us, I also know that his day was filled with class and studying. Take it from someone who has been on both sides–being the one at home is so much harder!

The biggest downfall to being a Veteran and military spouse is that I have been to many of the places where our service members are deployed. When I deployed, I spent 15 months between Iraq, Kuwait, and Qatar. I know exactly what the dangers are, and I know what their daily lives consist of.

I know how it can affect our service members, because I myself have been affected. I returned home with Post Traumatic Stress Disorder (PTSD) in conjunction with an anxiety disorder. The worry is multiplied by a thousand when you are a Veteran, but you hold that in and keep everything upbeat and happy when you get the chance to speak to your spouse because you also know that their focus needs to be on the mission and their safety. So please, if you have a Veteran spouse that is a part of a deployment, then check on them. Offer an ear and allow them to unload their fears and thoughts to you, because they will never talk about it with their spouse.

Most of all, I am exactly like every one of you. I get frustrated with my husband working late. I get frustrated with all the extras he does for work. I get lonely when he is gone, and I feel overwhelmed because he is busy or gone and I am left to take care of the house, the kids, and everything else. This life is not an easy one to live. It can be lonely, hard, and isolated, but supporting my husband is my ultimate goal.

I couldn’t imagine him doing anything else. In my opinion, the benefits outweigh the downfalls. I mean, there aren’t many jobs that allow you to explore the world and get paid while doing it. Take it from someone who knows, even in the roughest of times this life is pretty darn great. Being a military spouse may be the hardest job you’ll ever face, but it’s one hundred percent worth it!

About the author: Christina is an Army Veteran and military spouse currently living in Belgium with her husband and two children, ages 3 and 4. She has always loved writing and has found a home for it on her blog Heart & Stripes. She loves being a stay at home mom, volunteering on base, spending time with her family and upcycling furniture. She was raised in Florida so she heads to the beach and Disney as often as she can.

PrevPreviousFREE for Veterans Day: You Are Not Alone
NextWhen the End Is in SightNext