Learning to Let Go as a Parent 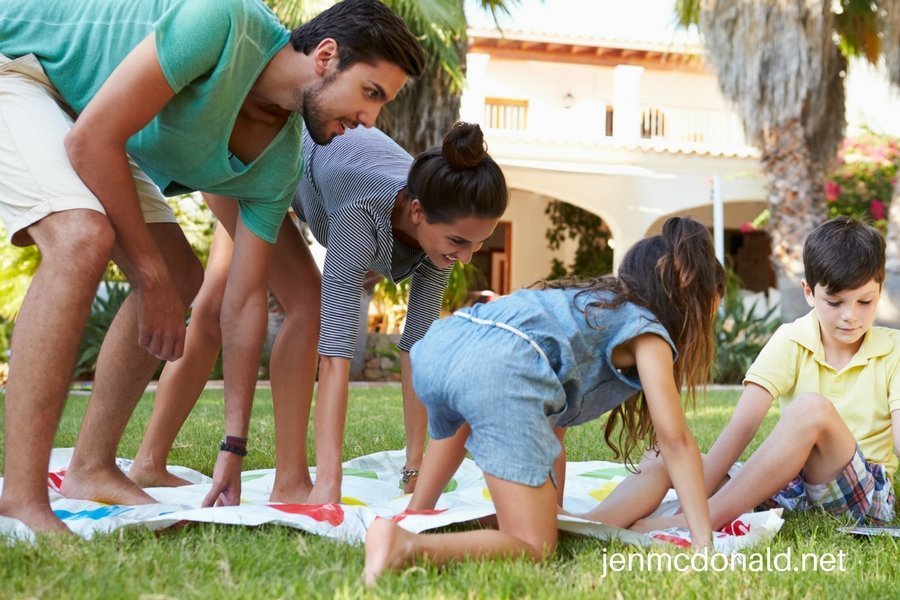 In that era when we had four kids aged seven and under, I often found myself on the receiving end of brilliant comments such as, “Enjoy them while they’re little!” and, “They grow up too quickly!”

I remember thinking, Uh-huh, sure. I’d just like to take a shower without someone pounding on the bathroom door!

Especially for homeschooling parents right in the thick of potty-training and phonics, it can be easy to forget that our ultimate goal as parents is to launch godly, responsible adults. Those chubby toddlers have a tendency to grow into young people with minds of their own.

And this is how it should be. I don’t know about you, but barring some sort of unusual circumstance, I don’t want my grown children living in my basement, asking me to do their laundry! But while we can agree that our children growing up is natural, normal, and needful, I wasn’t adequately prepared for how much it would rip my heart out to let them go.

It was hard. So much harder than I’d imagined.

Yet I never wanted to be “that parent.” You know…the hovering parent who can’t let their kids go. We love our kids and they are our favorite people to be around, but we also want them to be independent young people. We don’t pretend to be perfect, but we’ve learned a lot through 25 years of parenting.

How do you let go of your young adult children?

To me, this is the most challenging aspect of parenting teens. It’s tricky, but oh so important, to slowly loosen the reins of discipline. As you see them begin handling situations and making proper choices, you let go, little by little. The hope is that, over time, their moral framework and beliefs become internalized and more about their beliefs rather than your reinforcements or discipline.

We want them to be kind and responsible, to not cheat or lie…because they love God and believe it is the right thing to do, not because Mom and Dad are there to lower the boom should they misbehave.

But keep in mind, growing up is a slow process with lots of fits and starts, and can be almost imperceptible at times.

I talked a little about this in the post “Why Saying Yes to Your Child Is as Important as Saying No.” When my children were younger, I heard a radio broadcast that struck my heart. Dr. James Dobson was discussing raising teens, and one of his pointers was that parents ensure that privileges are commensurate with increased responsibilities.

Seems basic, doesn’t it? But I know homeschooled teens that could run a household, who help care for younger siblings, are capable and responsible overall, yet aren’t even allowed to leave the house alone. It seems obvious to me that a responsible 16- or 17-year-old should have more freedom than their younger siblings (doesn’t seem like I should have to say this, but sadly, I do!).

It’s frustrating for a teen to be shouldered with chores and responsibilities, yet treated like a 10-year-old in regards to privileges.

I’m all about safety, don’t get me wrong. But we do our teens a disservice when we hover too much, protect them from every problem, and don’t let them spread their wings a bit, both physically and emotionally speaking.

It’s tempting for parents to clamp down on the rules as their teens grow older, for fear of losing control. But over-controlling will usually end up with a different outcome than the controllers might anticipate—whether it’s rebellion or an inability to function as adults when the time comes.

It’s also vital for our children to understand natural consequences when they fall short in the ‘responsibility’ area. For example, my high school daughter got behind in some of her coursework last year. My natural inclination was to get out my planner, rework her schedule, and lay out specifically what she needed to do to catch up. Instead, I had her pull out the calendar, and figure out herself how to get back on schedule. This is just a small example, but applies to other areas. Our role changes to helping them work through time management issues and responsibilities, vs. figuring it out for them.

If we’re always doing everything for them, what motivation do our teens have to grow up? Responsibility and privileges–they truly go hand in hand!

As our kids mature, the parenting relationship naturally changes. When they’re little, we are occupied with keeping them safe, training them for life, and protecting them from harmful influences. While still doing those things for our teens, it begins to look different. Our role gradually changes to that of friend, counselor, adviser.

I am almost reluctant to write that, because I know someone will take it the wrong way and accuse me of permissiveness! I asked my husband to describe how he thought our parenting differed when our kids starting growing up compared to when they were younger. He used the words more lenient, advocate, and friend.

Ok, sounds good, but practically speaking, how do you get to that point? It doesn’t happen overnight, and it certainly isn’t painless. One of the overarching themes in our family, what we’ve tried to instill in our kids’ hearts always, is how much we enjoy and love them. We play games, read together, tease, travel, have inside jokes, and basically have spent oodles of time with them, busily binding heart to heart.

Our hope has been that they will stay close to us because they want to, not because we force them. One of my greatest pleasures in life is when one of our now married sons sends me a text or calls simply to say “I love you, Mom.”

I would be remiss if I didn’t mention how often we’ve screw up. Being together all these years has not left my kids with any illusions about my perfection! So I find myself apologizing. Frequently.

Humility with our own families may be just as important as any “child training” we do.

It’s all about TRUST

In the end, raising children comes down to trust in God. One of the most difficult parts of our first-born leaving for college was not knowing what was going on with him from day to day. I remember lying awake one night after our second child had graduated and realizing, we are finished raising those boys.

It took my breath away.

And then the third graduated, and most recently the fourth. Their childhood is gone, and they are now young adults. Sure, they will still want our advice and input, but the relationship has evolved.

But I’ll admit, it was not an easy idea for me to accept at that moment. And it hit me—I have been guilty of thinking that my “control” is what has protected them. I was reminded that each moment of their lives is given by God, and really, we control nothing.

Our children are in His hands.

I felt the Lord ask, Do you trust me?  Having done all we can to raise them, firmly believing that God will fill in our gaps with His grace, did I trust Him now with my precious children launched out into the bigger world? And the answer is yes. He knows so much better than I do.

This ‘dance’ of parenting teens includes faltering and even stepping on each other’s toes at times. Yet, in the end, when the steps begin to go along with the music, what a beautiful dance it can be.

Steve Lambert—Five in a Row audio: “Making Your Kids into World-Changers” and “High School and Beyond.” I can’t recommend these enough. When my oldest son was reaching high school age, I listened to Steve’s advice for parents and it transformed the way I viewed my relationship with my kids.

Books by Diana Waring (for any parent, not just homeschoolers!): Beyond Survival and Reaping the Harvest

PrevPreviousWhy Saying Yes to Your Child Is as Important as Saying No
NextHomeschooling and Military Life: a Natural FitNext